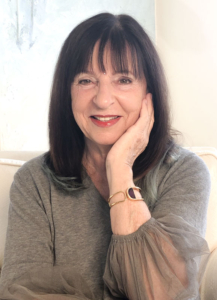 Ilona PaluckiCo-Founder, Discovery of the Palucki Method
Ilona Palucki is a holistic healer and coach who specializes in addressing psychological trauma and adverse life experiences. In addition to practicing at the Palucki Institute Retreat Center in the South of France, she offers her healing internationally, typically addressing audiences of diverse cultural backgrounds. She discovered the Palucki Method for Healing Trauma and Adverse Life Experiences, in 2008, when helping a colleague who was suffering from childhood abuse.

The Palucki Method for Healing Trauma and Adverse Life Experiences has been studied at several universities and the results have been presented at science conferences. Furthermore, a clinical validation study was conducted which resulted in the publication of a peer-reviewed paper.

A published author on dance and femininity, Ms. Palucki was previously a dance teacher in Munich who engaged in dance therapy and body-work. This contributed to a deeper holistic understanding which has helped form the body-work elements of the Palucki Method today. On her journey she explored and practiced various modalities of the wisdom traditions of Buddhism and shamanism of the Americas. Ilona looks back onto a life where a diverse range of experiences have come together and deepened the formation and implementation of her method. 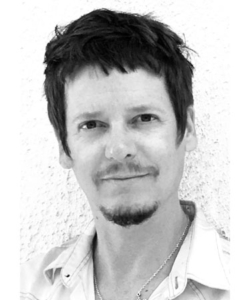 Patrick has been pioneering brain computer interface applications for learning and training progressive states of consciousness (meditation) through neurofeedback via multi-channel EEG and VR. He has presented and exhibited at various conferences, such as “The Science of Consciousness”, in Tucson, “Science and Nonduality” and “Transformative Technology” both in Silicon Valley, as well as at Harvard University.

Originally an experimental media-creator, Patrick has entered the world of the science of consciousness through interdisciplinary research and development. He was a member of the Neuroscience Research Group led by legendary Dr. Michael A. Persinger and has created media-concepts for Dr. Anirban Bandyopadhyay’s research.

Patrick has received numerous awards as a media creator and experimental film maker. He has co-authored an operatic performance about climate change for the United Nations’ 60th anniversary in Asia performed in the conference hall of the UN ESCAP headquarters.

Vision
We believe that trauma and unresolved emotions from adverse life experiences are at the heart of the issues of society, community and leadership. Hence, their resolution is a cornerstone of advancing human evolution and sustaining life and bio-diversity on our earth amidst the huge global challenges of today.

We support the Sustainable Development Goals of the United Nations (SDGs). We, especially support SDGs #3 Good Health and Wellbeing, #13 Climate Action, #14 Life Below Water and #15 Life On Land. A percentage of our revenue goes towards conservation of climate and of wildlife.

If you want to be informed about news around the Palucki Method, the research and the upcoming Training Program for Therapists, you can leave your email address to receive updates.